Are you interested in heading to Big Bear Lake for your next big ski trip? If so, you'll probably want to check out Big Bear weather beforehand.

Knowing what to expect of Big Bear weather can make planning and packing a breeze. And there’s much more to Big Bear than the snowy winters — you might find yourself planning a spring, summer, or fall trip once you know everything that the rugged region has to offer. After all, even the most avid skiers need things to do in the off-season.

Before you book that flight to Southern California, make sure you learn all the essential facts about Big Bear!

Where Is Big Bear Lake?

Drive into the San Bernadino Mountains, just about two hours from L.A., and you’ll reach Big Bear Lake. With an altitude of nearly 7,000 feet, the pine-forested area is a refreshing escape from the nearby deserts.

The city of Big Bear Lake sits alongside the southern shore of Big Bear Lake itself — a seven-mile lake that forms a hub for the area’s summer activities. The small city has just over 5,000 year-round residents. But each year, people venture from all over the place for the local, seasonal activities. The number of people staying in the town is often much larger.

For centuries, Big Bear Lake was home to the Serrano Native Americans, whose name for the area was Yuhaviat, or “Pine Place.” It’s easy to see why they gave it that name since forests of Ponderosa pine surround the lake. But in 1845, Benjamin Wilson arrived in the area with a posse of men. The Mexican government of California had tasked him with pursuing Native American raiders.

When they reached Yuhaviat, chasing raiders, they found grizzly bear roaming the area, so Wilson coined the place “Big Bear Lake.” The name has stuck in the years since, although the lake has changed. Today’s Big Bear Lake is human-made, but in 1845, Wilson named the natural lake at the valley’s east end, which is actually now called Baldwin Lake.

Before the modern tourism industry brought people to Big Bear, it was a gold rush hotspot. In 1860, bear hunter William Holcomb was tracking a trail of bear blood when he happened upon a creek running with gold flakes. The secret quickly got out, and gold prospectors flocked to the area over the next couple of decades.

The high altitude makes Big Bear colder than much of Southern California. Its warmest month is July, with temperatures around 65 degrees, according to National Weather Service data. Highs of 90 degrees or above are rare, even in the summer. However, a freezing temperature has been recorded at least once in every month of the year.

The mountainous area gets much more precipitation than the lowlands around it, which is part of what makes it a beloved skiing destination. Occasional thunderstorms result in intense rainfall, and lots of snow falls each winter. In fact, there’s been a recorded snowfall in every month except the hottest ones, July and August.

Whether you’re planning your next big ski trip or wondering how to spend the offseason, Big Bear Lake makes an excellent destination. Let’s take a look at the different activities permitted by Big Bear weather all year round.

Whether you’re planning your next big ski trip or wondering how to spend the offseason, Big Bear Lake makes an excellent destination. Let’s take a look at the different activities permitted by Big Bear weather all year round.

Fishing is an almost year-round activity at Big Bear, and spring is one of the best times of year to do it, with many beautiful sunny days as well as rainy ones. You can catch plenty of rainbow trout, which thrive in the deep lake all year round, as well as other fish.

Hiking is another one of the best ways to enjoy the area in springtime. The trails take you through the mountains or around the lake, and part of the famed Pacific Crest Trail winds through Big Bear Valley.

Spring is prime wildflower season, with some rare species that aren’t found anywhere else in the world just starting to sprout at this time. And if you want to try elevation training to prepare for summertime activities, spring is an excellent time to start.

The sunny, temperate Big Bear weather in the summer draws almost as many people as the skiing season does. The wildflowers have grown taller, and the weather is warmer, making this the perfect time to venture out for hikes in the cool mountains. You can also go for a mountain bike or horseback ride. You also have a great chance at spotting some wildlife during this time of year.

Fishing is also big in the summer, with catfish, largemouth bass, and panfish venturing into the lake during the warmer months. There are big fishing tournaments in July, August, and September for avid anglers. 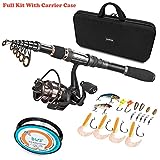 Many people also venture out on boats, kayaks, and canoes to explore the lake without catching anything. Local lake tours show you the sights from the water. You can even ride the Scenic Sky Chair to find amazing views from above over a mile-long ride to the top of the mountain.

Summer in Big Bear features a variety of festivals, concerts, and even car shows. Although it’s the offseason for skiers, you certainly won’t be bored.

In the fall, the pine trees stay green, but the aspens, oaks, and cottonwoods add splashes of color as their leaves change. The colors of the fall leaves peak in mid-October, typically

Oktoberfest is a prime Big Bear fall activity, with beer tastings and German food galore. The season also offers lots of family-friendly activities, like hayrides and pumpkin picking. For something different, try the Flashlight Safari at the local zoo. The Big Bear Village Scarecrow Festival is a great reason to head to downtown Big Bear Lake this time of year.

Hiking, horseback riding, and mountain biking let you take in the fall foliage from up close. Boats offer fall color tours from the lake, or you can see the forests from above with a helicopter tour.

Although it’s colder, many people also go camping and fishing in the fall. To stay warm, you might opt to book a cabin, but you’ll still see plenty of tent campers too.

At last, it’s the season we’ve all been waiting for — ski season. Two major resorts offer all the thrilling slopes you could wish for: Snow Summit and Bear Mountain.

Snow Summit is the more laidback of the two, with runs, terrain features, and more for skiers at all levels. Bear Mountain offers even more runs, with almost 200 acres, the largest ski beginner area for miles around, and incredibly progressive terrain to suit all levels.

Since the two resorts are under the same ownership, a single lift ticket is interchangeable at both, so you get even more for your money. Take the free ground shuttle to move between Snow Summit and Bear Mountain. Freestyle and race teams offer a way for committed skiers and snowboarders to level up their techniques in both locations. 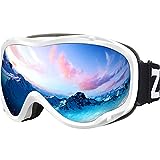 There’s usually plenty of snowfall in the area, but the resorts also use high-tech snowmaking systems to ensure that conditions are great even when the snowfall isn’t. Snowboarders tend to choose Bear Mountain for its terrain features. Meanwhile. Snow Summit offers more traditional ski slopes, including peaceful little-used trails. To avoid the biggest crowds, head out early in the morning.

There’s plenty to do in Big Bear after you hit the slopes, too.

Winter is a great time to see bald eagles on a guided eagle tour. As the storms in Canada and Alaska grow more intense, these majestic birds tend to migrate south. You can even volunteer for the winter bald eagle count to help keep track of the birds’ activities.

For wintery adventure, try a snowy zipline tour. As long as weather conditions permit, you’ll get a unique vantage of the winter terrain. All include gear and instructions. Snowshoe hiking is another excellent way to enjoy Big Bear weather in winter. If you’re a newbie snowshoer, join a tour, or if you’re experienced just pack a picnic and go it alone.

Love coasting down the slopes but aren’t ready for skis? The local snow parks offer lifts for sledding and tubing, as well as for skiing. To warm up, head into town for dinner at one of Big Bear’s beloved restaurants -- the Himalayan Restaurant is a wintry favorite with cold-weather appropriate fare.

Big Bear weather makes for the perfect winter ski trip, and people flock from all around for the Snow Summit and Bear Mountain resorts. However, the beautiful vistas and cool temps make this a great destination for year-round outdoor exploring, too.

The twin ski resorts offer over 50 runs, with everything from terrain parks to natural features. Big Bear's alpine setting is an ideal backdrop for leveling up your game on the slopes. And when the snow melts, you can head to Big Bear Lake once more. You'll get an entirely different perspective of the beautiful region.

What will you do in the Big Bear weather? Will you check out the slopes or book an off-season trip? Please leave a comment and let us know!